100+ C-H activation and cross-coupling reaction methodologies have been developed and published in several journals in May-June 2021; A few among those are very innovative. Innovation is great for the upliftment of science, but from the point of practical utility and ultimate improvement of cross coupling / C-H activation reaction, we are highlighting here the top three methodologies that must gain long-term response in industrial as well as scientific communities.

Although some methods could cross certain barriers, most of the approaches are limited to specific aryl/alkyl motifs and unable to perform a late-stage functionalization on relatively complex structural motifs. Eventually, most of those efforts are not well-accepted for practical applications in medicinal chemistry laboratories.

Furthermore, chemists mostly chemocatalytic methods for C-H functionalization, especially utilizing metal catalysts due to ease in conversion.  However, nature hosts many enzymes that can act as biocatalysts for natural reactions while differentiating between C−H positions with exclusive regioselectivity under benign aqueous conditions.

Thus, engineering and integrating biocatalysts and chemo-catalysts is expected to broaden the substrate scope, though such integration is not so easy due to 2 major reasons:

Overcoming all the difficulties, Jason Micklefield and co-researchers recently developed a novel and green method for late-stage C-H functionalization utilizing Fl-Hal (a natural enzyme) combining with Pd catalyst. The reaction could be performed via a one-pot process under aqueous conditions, which is a very exciting part from the green chemistry point of view.

But the story doesn’t end here only. They further extended the scope of the reaction by integrating nitrile hydratase (NHase) or nitrilase (NITR) enzymes to the afore-mentioned catalytic system, affording integrated three-catalyst cascades for the regioselective installation of amide and carboxylic acid groups.

Importance of this discovery

Direct installations of cyanide, carboxylic acid, and amide group on the C atom are very important jobs in medicinal chemistry because all these groups can bind to crucial biomolecules attached to the physiological system. These bindings either enhance the efficiency of certain organs (by binding to specific sites of protein) or inhibit the activity of external organisms (by binding to the active site of bacteria, fungus, etc).

Due to such medicinal importance, late-stage installation of these groups is very crucial mainly to avoid repeated protection deprotection and unwanted side reactions. Repeated protection-deprotection increases the reaction steps which eventually decrease the yield of the final product, while unwanted side reactions often destroy the target molecule. However, late-stage installation of an important group reduces the reaction step, increases yield, and eventually reduces the cost of medicine. In addition, it helps to explore the synthetic process of new medicinal and bioactive natural compounds that have never been reported in past.

Up to the beginning of the present decade, industrial and academic chemists mostly relied on conventional heating and room temperature processes for most chemical conversations. Occasionally, researchers tried other processes such as microwave irradiation, ultrasound, ball milling, though these strategies are not industrially viable, especially for large-scale synthesis. The newest approaches of photo-redox chemistry are certainly changing the definition of catalytic reactivity; enlighten a new direction in synthetic chemistry while making the chemical conversations easier.

The conventional heating process often unable to fetch the hidden chemistry of several catalytic systems due to the restrictions of ground-state reactivities, and thus many crucial conversations remain unexplored.

For instance, during the development of a methodology, chemists often shift from room temperature conditions to conventional heating, or even microwave heating. These are done to accelerate the activation energy to access the same targeted molecule. Although sometimes unusual conversions happen, these don’t cause due to change in catalytic reactivity because the catalyst still remains in the ground state even under heated conditions.

A group of researchers from the Institute of Chemical Research of Catalonia, Spain recently developed an asymmetric C–C cross-coupling by switching the well-established ground-state reactivity of a chiral organometallic complex to a completely new catalytic function under visible light excitation.

Complex Ir-A is generally known as a privileged organometallic catalyst that promotes enantioselective allylic substitution reactions by promoting the stereocontrolled and regioselective addition of a large variety of nucleophiles to easily accessible racemic branched allylic alcohols.

Simply by introducing weak blue light (460 nm), Paolo Melchiorre and co-researchers diverted the reactivity of the same catalyst, which had the ability to activate the non-nucleophilic substrates via a SET (single electron transfer) mechanism. Under the mentioned conditions, they coupled allylic alcohol and redox-active moieties to afford a series of chiral branched products with high stereoselectivity.

Importance of the Discovery

Asymmetric cross-coupling of alcohols is a tough job because free alcohols often act as poison for common metal catalysts that are used in coupling reactions (Pd, Cu, etc.). In the conventional heating method, protecting the free alcohols followed by proceeding for cross coupling is the best option which loses atom economy.

The novel methodology by Paolo Melchiorre and co-researchers introduced the use of photo redox process to the hidden catalytic activity of Ir-based organometallic catalyst, which can seamlessly perform cross-coupling of free alcohols, affording important chiral intermediate with high enantioselectivity. In addition, late-stage application of the methodology can afford direct access to important medicinal compounds in a single step.

Definitely, this is a great achievement that can simplify an important sector of synthetic chemistry.

Related Article: Kalmegh (A. paniculata) Extract: A perfect Ethnomedicine to Boost Your Immunity

Owing to remarkable importance in the pharmaceutical industry, easy access of the molecules containing quaternary stereocenters is highly demanding. Chemists worldwide employed several technologies for accessing these molecules via organocatalytic condensation or cross-coupling methods. However, specific areas of cross coupling methods suffer from certain restrictions, and a group of scientists recently solved one of those.

Nickel-catalyzed stereospecific cross-couplings of benzylic electrophiles suffered from significant restrictions; unless and until the substrates were substituted with naphthyl groups or specific heteroaryl the reaction couldn’t offer high yield or stereospecificity.

That’s means, phenyl substituted electrophiles were among the failure list, which was mainly due to the high dearomatization energy of the phenyl group during oxidative addition via an SN2′ mechanism, and eventually restricts the oxidative addition. The general solutions to lower the activation barrier, such as the use of bulky phosphine ligands didn’t work in past.

Importance of this discovery

Nickel catalysts are eco-friendly coupling agents in comparison to the others (Pd, Ru, Rh, etc). Removing the burden of Naphthyl substitution to afford pharmaceutically important quaternary stereocenters via Ni-catalyzed cross-coupling is undoubtfully a great achievement in terms of synthetic and medicinal chemistry perspective. 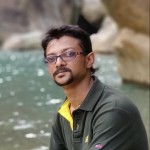